Have you ever said those words to yourself? I know I have numerous times.  Right after my divorce those words probably met me at every new turn and challenge.  Up until that point I had felt that I was a great woman, great wife, great mother, great friend, great daughter...etc.  You name it and I felt fairly confident in everything that I set my mind to accomplish.

Divorce has a way of knocking you off of your "confidence ladder" and requiring you to begin climbing back up, one step at a time.  It's probably one of the most difficult things you will ever do as a woman or man who has had their life turned upside down and was told through actions and words that "you aren't good enough."

Some single parents do not know this feeling exactly through divorce, but have been told by others that they aren't good enough because they choose to parent alone or were left to parent alone.  The feeling is very similar.

Even now I catch myself thinking that dreaded phrase, "I am not good enough, but after some time of dealing with this struggle, I've been able to learn how to stop myself and remember that no one is distant from this feeling. We are all in the same boat of just hanging on to hope for a better future and for better days when our suffering and trials are over.  Sure, some get to live in what could be called the "ideal life" and are seemingly very good enough, however truth be told, we all feel that the insecurity of not being enough for someone or something at one point or another.

What has helped me when that feeling creeps in and brings me down, is to analyze it.  Why am I feeling like I'm not good enough? Why am I feeling depressed over this?  What is the trigger that has caused this emotion? Is it because of what others are saying about me, what my ex thinks of me, how my kids are treating me?  Once you figure out the trigger, it's easier to find a way out of that feeling.

Remember what the scripture says:


And we know that in all things God works for the good of those who love him,
who have been called according to his purpose.
Romans 8:28 NIV


I completely understand those individuals who feel that a change can happen at any time and that there is nothing magic about a new year that enables one to seek change.  That is very true, however many people feel a new year acts as a start button for a better outlook, higher goals, and increased motivation to go a different direction in life. It is a great time to feel as if the starting line has once again reached our ability and that we are not playing catch up, but beginning a new race.

I love setting goals at the beginning of the year.  It seems easier and much more attainable for some reason.  For one, my attitude is better.  I have had a little downtime from normal life during the holidays and typically I've spent time with friends or family which was much needed after unsettling distance during the months before.  It is a time to think of others and take the focus off of ourselves for a bit.  When the new year hits I suddenly draw the focus back to myself with a refreshed attitude and outlook on possibilities.  Even though I know the statistics and that most New Year goals are unmet, it remains a possibility in my mind that I can and will beat the odds.

So, what are your goals for 2014 and beyond? Even if you are not the goal-setting type, surely there is something you hope that will be accomplished in this coming year!

For me it is pretty simple.  My goal is for peace.  That I am able to find peace throughout any circumstance that comes my way.  That is a choice that only I can make happen for myself through God's promises.


The Lord gives strength to his people; the Lord blesses his people with peace.
Psalm 29:11

Cheers to positive attitudes and goal setting!
No comments: 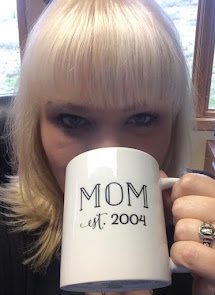